Aside from its animated projects, Marvel Studios has yet to issue many second-season orders. To date, Loki is the only live-action series from the studio with a confirmed sophomore season, which is currently in production. Despite a viral TikTok video starring Oscar Isaac and Moon Knight director Mohamed Diab earlier this year that fueled renewal rumours, the fan-favourite series has yet to be renewed for a second season.

Nonetheless, Isaac claims that fans haven’t seen the last of the moon-powered vigilante. This weekend at New York Comic-Con, the Star Wars alumnus confirmed the character will return in some shape, form, or fashion. “All I can say is that this isn’t the last we’ve heard of the Moon Knight system,” Isaac said during his spotlight panel.

When we spoke with Diab earlier this year, he said that if he were to direct a second season, he’d want to start by delving deep into the Jake Lockley identity introduced in the final moments of the first season. 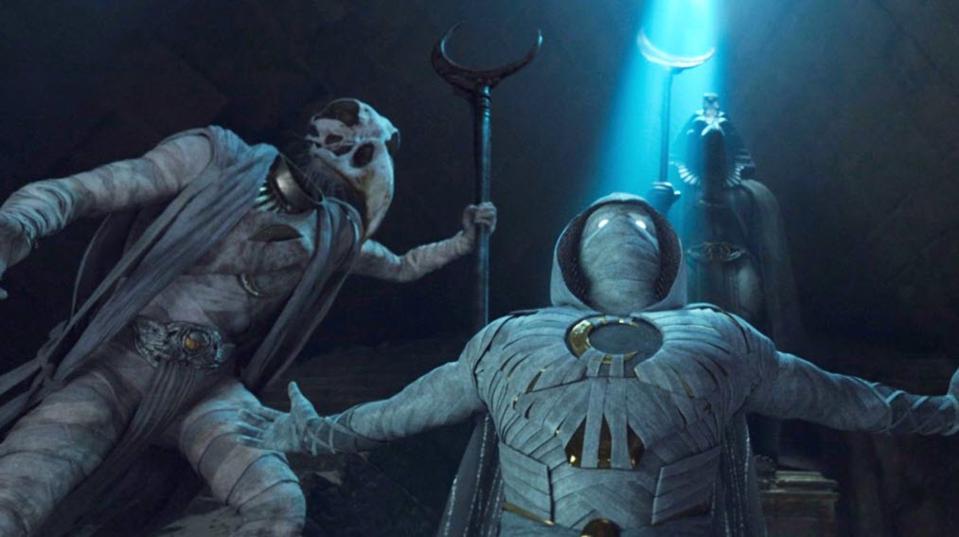 “First and foremost, I’d like to inform you that I, too, am being kept in the dark. I have no idea what is going to happen. And I’m not just saying I’m not going to pull a Toby McGuire on you “At the time, the filmmaker told us.

“If it were up to me, I’d start with Jake Lockley. I’d like to see his planet. Everyone is fascinated by him, and I want to know what happens in between those blinks, who he is, what he loves, and who he loves. It’s quite intriguing to me “Diab also contributed. “But I love how the minor details we sprinkled across the program kept fans waiting for Jake, Jake, Jake, every week. But I believe he was introduced at the proper time, near the conclusion, understanding that the con should still have a hold on them.”